An icon of the past with a freehold future 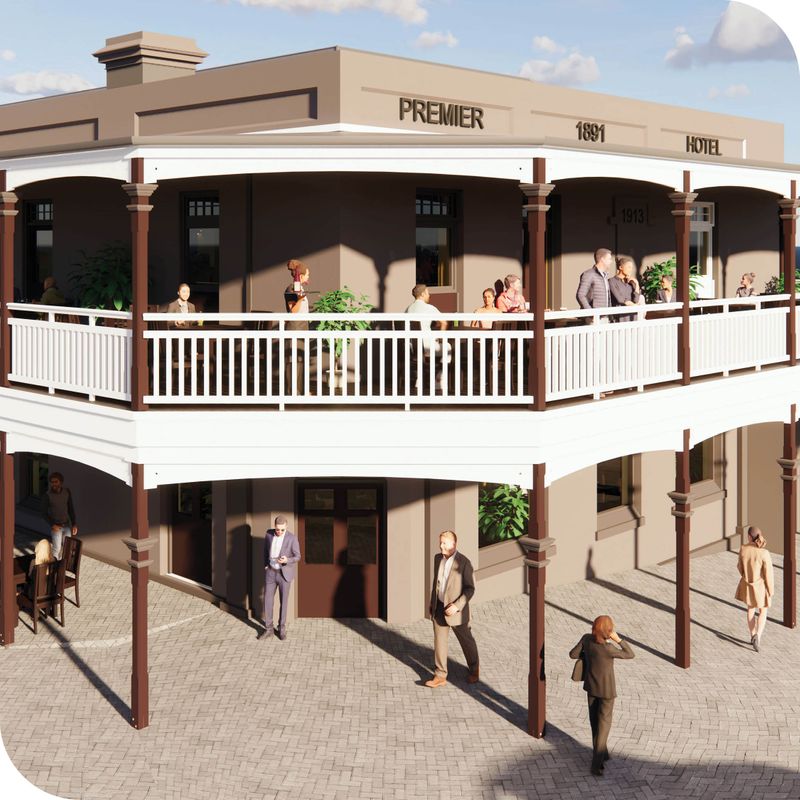 A rare opportunity presents itself to a publican seeking to own and operate the iconic Albany pub, The Premier Hotel in WA’s Great Southern region as it goes to market via a freehold pub sale today.

Albany’s 129-year-old heritage listed building, The Premier Hotel has been restored with a multi-million-dollar revamp following the unprecedented arson attack back in 2016.

Developer, Real Force has reinvigorated the 600 pax capacity country pub to appeal to all markets including youth, families and mature patrons who are seeking a relaxing drink or meal in a warm and inviting environment.

Local firm, H + H Architects were appointed to design the 2-level hotel and have maximised the use of space by dropping plans for public accommodation quarters, and designing two bars across both storeys - one upstairs with a balcony overlooking the Albany Town Centre.

The new design also includes a combination of staff and management sleeping quarters as well as public and private lounges equipped for a range of functions.

To compliment the pub’s deep roots, John Garland of Garland International who has facilitated the last two sales of the site has been engaged to launch the property to market in conjunction with his grandson, Michael Richardson, Sales & Leasing Retail Specialist at Realmark Commercial.

The property will be launched via an Expressions of Interest campaign with a fixed end date of the 1 December 2020 (unless sold prior).

“I believe Albany is the sleeping giant of Western Australia,” said Michael Richardson.

“The town has recorded significant GDP growth year on year for the past 7 years and has been a hotspot for businesses looking to invest in an up and coming economy with potential in both the tourism and primary industry sectors.

“Luxury hotel chain, Hilton are opening their doors on Albany’s Foreshore in March 2021 which is a big step for the town’s tourism future.

“The plans to grow the Japanese Akoya oyster off the coast of Albany is expected to considerably enhance the region’s shellfish production footprint and boost local jobs and the economy,” commented Michael.

“I believe it’s a very opportunistic time to be making moves in the area to be part of what’s looking to be a very bright future for this beautiful part of Western Australia,” he said.

If you’d like further details on the landmark sale of Albany’s Premier Hotel, or other upcoming opportunities in the area, contact Michael Richardson on 0423 758 870 or John Garland on 0418 923 347.